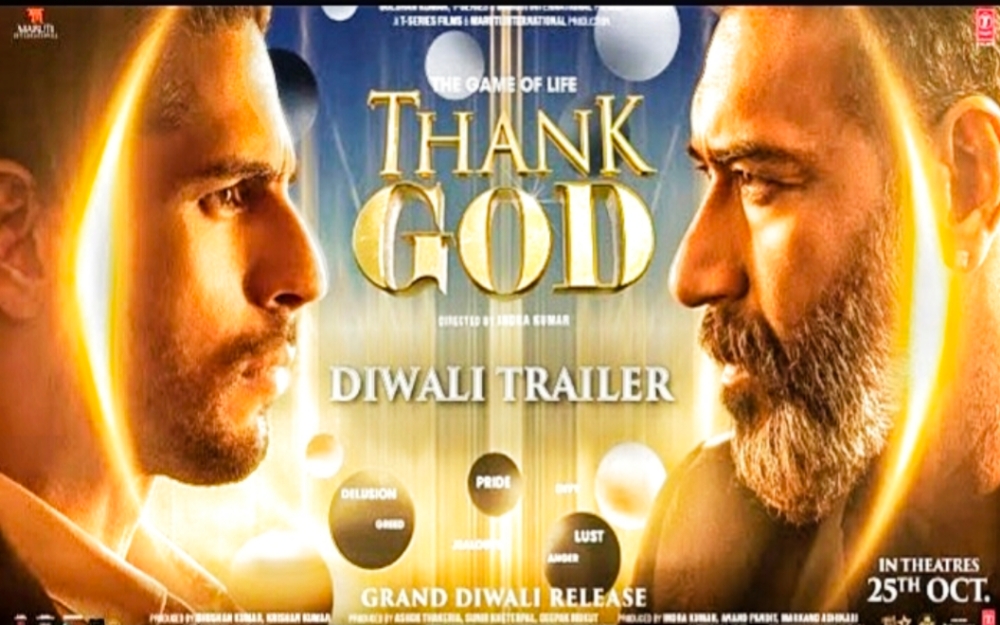 Indra Kumar directed the fantasy comedy drama movie Thank God. The movie, which was made by T Series and Maruti International, will premiere on October 25, 2022. Ram Setu, starring Akshay Kumar and Jacqueline Fernandez, will compete at the movie office with Sidharth and Ajay’s Thank God. After watching the trailer of the movie, the film is not looking very strong.

But only after watching the first show of the movie, it will be able to be told correctly that how the movie will be?

The trailer for Thank God It’s Diwali stars Sidharth, Ajay, and Rakul Preet Singh. The film opens with Ajay Devgn and Sidharth Malhotra playing a game that reveals some of Sidharth’s character’s transgressions. The clip contains some humorous moments, but it closes with Ajay’s character teaching Sid a wise lesson about life. Sidharth uploaded the Thank God Diwali trailer on his official Instagram account.

The Credit goes to T-Series you tube channel for the trailer.